You’ll find our blog to be a wealth of information, covering everything from local market statistics and home values to community happenings. That’s because we care about the community and want to help you find your place in it. Please reach out if you have any questions at all. We’d love to talk with you!

Sacramento Recession Eminent – What you Need to Know

Sacramento has experienced a housing shortage for years now. There are not enough new homes being built to meet the demand of buyers relocating to Sacramento from the Bay Area. Furthermore, not enough existing homeowners are putting their homes on the market to offset the lack of supply of homes. It’s easy to get caught up in the craziness of the real estate transaction process, and forget that prices, like anything else, are dictated by supply and demand. The basic economic principal of supply and demand explains that when there are less homes on the market, there will be more demand for those homes, and consequently, the prices – “home values” of those homes - will go up.

The driving force behind Sacramento’s insatiable demand for homes continues to be “Bay Area Refugees” seeking cheaper housing and a lower cost of living in Sacramento, and this is not a trend that will likely change any time soon. As long as the cost of living is higher in the Bay Area than it is in Sacramento, Bay area refugees will continue moving to Sacramento – recession or not.

Rents can be three times as much in the Bay Area as they are for comparable homes in Sacramento. While the median home price in Sacramento is about $370,000, the median home price for comparable homes in San Francisco is nearly $1,500,000. Many have sold their homes in the Bay Area to “cash-out” on their equity, and buy “more home” in Sacramento, or to have some money to put in the bank or pay for their children’s education. This infusion of new “Bay Area Refugees” to Sacramento, and all of the new money they bring with them, has created the demand for new businesses and new homes.

Sacramento has undergone many changes over the last ten years, including new corporate offices, factories, and distribution centers from companies like Amazon.com, a multitude of new restaurants, breweries, gyms, theaters, shopping centers, campuses, and several thousand new homes. Over 4 billion dollars of investment capital have been pumped into downtown alone, with the construction of the new Kings Area. Plans have been underway for constructing a new zoo where the old Arena building stands. Sacramento has undergone more than just a makeover – the city has redefined itself as one of California’s most attractive and affordable cities to live in, work, and raise a family. The fact that home values have nearly doubled in Sacramento since the last recession, is a testament to the city’s redevelopment over the last decade.

Recessions are said to happen about every ten to 15 years, to some degree. As 2019 marked the 13th year since the beginning of the last recession, and subsequently one of the longest periods of economic expansion in the U.S., many have speculated that we are due for another recession.

However, there is no steadfast rule that says we “must” have a recession every 10 – fifteen years.  Still, general fear of worsening market conditions has been cited as a catalyst for recessions. Therefore, it is no wonder there are so many talks of an “eminent” recession, given the wake of the Coronavirus.

Talks about when the next recession will hit is not exactly “new news.” In fact, people have been speculating on this practically since 2012, when we started pulling out of the last recession. There have been at least 47 recessions in the history of the U.S., and although every recession involves a different set of causes and circumstances, one thing remains the same - with recessions, come some of the best home buying opportunities. But although a recession may be eminent, the question remains as to how much of a “negative” impact a recession would have on the Sacramento housing market, given the “positive” offset of Bay Area refugees relocating to Sacramento. 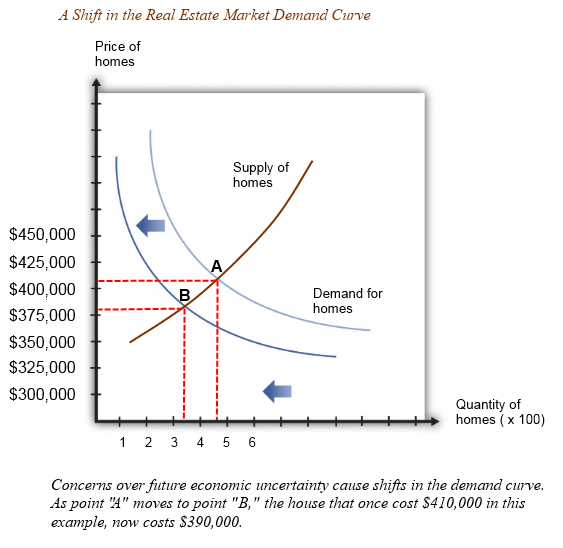 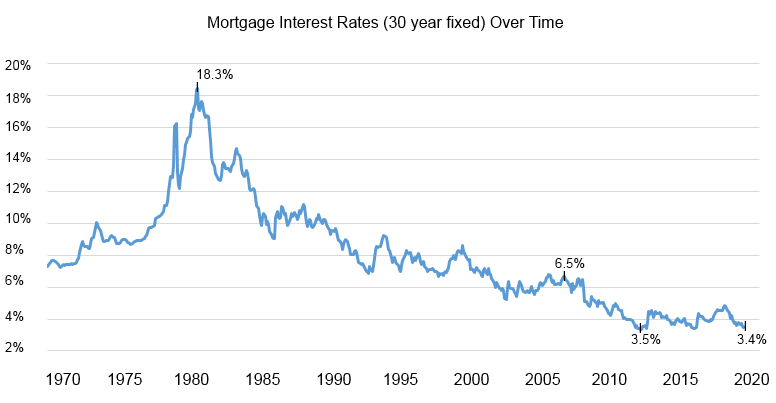 Less competition on the buying side means more homes to choose from, lower prices, and more favorable terms. Interest rates are historically low – around 3.4%, which is nearly half as low as they were at the start of the last recession in 2007. Rates have been absurdly low for some time now, and buyers have gotten used to this – but there’s no guaranty that the low rates will last. Although everyone would love the ability to time the market, buy low, and sell high, it’s impossible to time the market. You should base your real estate buying or selling decisions on what “you” can afford, on your needs, and on what make sense to you and your family – the same solid wisdom holds true in any market.

Posted in Market Updates
no comments yet

Curious about local real estate? So are we! Every month we review trends in our real estate market and consider the number of homes on the market in each price tier, the amount of time particular homes have been listed for sale, specific neighborhood trends, the median price and square footage of each home sold and so much more. We’d love to invite you to do the same!

Get Local Market Reports Sent Directly to You

You can sign up here to receive your own market report, delivered as often as you like! It contains current information on pending, active and just sold properties so you can see actual homes in your neighborhood. You can review your area on a larger scale, as well, by refining your search to include properties across the city or county. As you notice price and size trends, please contact us for clarification or to have any questions answered.

We can definitely fill you in on details that are not listed on the report and help you determine the best home for you. If you are wondering if now is the time to sell, please try out our INSTANT home value tool. You’ll get an estimate on the value of your property in today’s market. Either way, we hope to hear from you soon as you get to know our neighborhoods and local real estate market better.